Phil is an engineer, designer, and serial entrepreneur turned investor. Phil began his career designing concept vehicles with famed architect Frank Gehry at the MIT Media Lab. He was a founding member of the Smart Cities group, designing the MIT City Car which won the Times invention of the year award. Phil started Snif Labs which was licensed to Mattel. He founded General Sensing which developed sensors for healthcare systems, working closely with the World Health Organization. Phil founded Noon Home, where he success-fully raised over $50M from David Bonderman, Lux Capital, Shasta Ventures, Data Collective and Dolby Ventures. In 2017, Phil moved into Venture Capital, founding E15VC. Phil has also been an investor in SpaceX since 2014. Phil holds a Master of Science degree from the MIT Media Laboratory.

Advised Multiple Startups on both Hardware and Software design

Shrikant is a hardware and software engineer specializing in rapid prototyping and design‐to‐manufacture/design‐to‐production. He has been involved in all processes from idea to manufacturing production lines and is uniquely placed to perform diligence on any technology. Shrikant is now actively involved in advising portfolio companies on technology processes as well as helping them directly with both Hardware and Software needs. Prior to joining E15, he has been employed in a number of startups with roles in both Hardware and Software. He also co‐founded Library@Home, a thriving family business in India providing a Netflix‐like online library for physical books. Shrikant holds a Bachelor of Engineering degree in Electronic Engineering from the Hong Kong University of Science and Technology.

Expanded Uber from 3 to 100+ Countries

Sam brings to the team extensive experience in both fundamental equity research as well as an unparalleled experience as Ubers first employee outside of North America. At Uber he headed up launches in Europe and Asia, setting up London, Amsterdam, Singapore, China and Hong Kong where he held the title of Head of Asia Expansion and Head of North Asia operations where he was instrumental in turning Uber from 30 employees to over 22,000.

Before Uber, Sam quickly rose to be one of Goldman Sachs youngest Executives where he was the Head of Asia Derivative Research. Sam holds a BS degree from Stanford University in Computer Science and International Relations, he was also a member of the Stanford Squash team. Sam is also a polyglot and speaks 7 languages, including Mandarin and Cantonese. 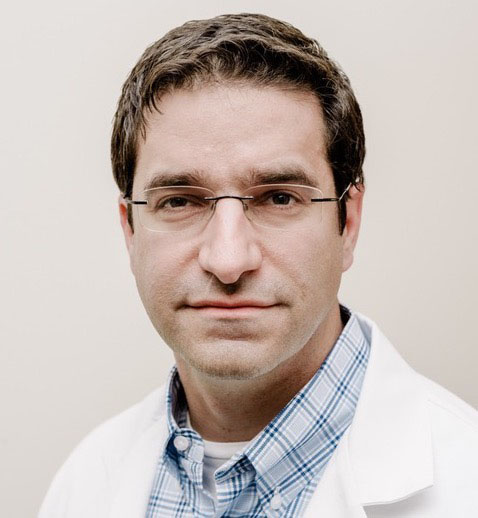 Developed one of the first Brain-Computer Interfaces

Dr. Leuthardt is a neurosurgeon who is currently a professor with the Departments of Neurological Surgery, Neuroscience, Biomedical Engineering, Mechanical Engineering and Material Sciences at Washington University in St. Louis. He is Director of the Center for Innovation in Neuroscience and Technology and the Brain Laser Center at the Washington University in St. Louis. His work in the field of neuroprosthetics and neurosurgical devices has yielded him numerous accolades as a scientist, a neurosurgeon, and an inventor. He was given one of the highest acknowledgments in his field by being presented with the Annual Award of the American Academy of Neurological Surgery in Berlin, Germany. On a national level, he was named one of the Top Young Innovators by MIT’s magazine Technology Review. Dr. Leuthardt uses an integrated approach by employing multiple domains of expertise ranging from biomedical engineering, clinical neurosurgery, mathematical modelling, complex signal analysis, and computer programming. In addition to numerous peer reviewed publications, he has over 1500 patents on file with the U.S. Patent and Trademark Office.